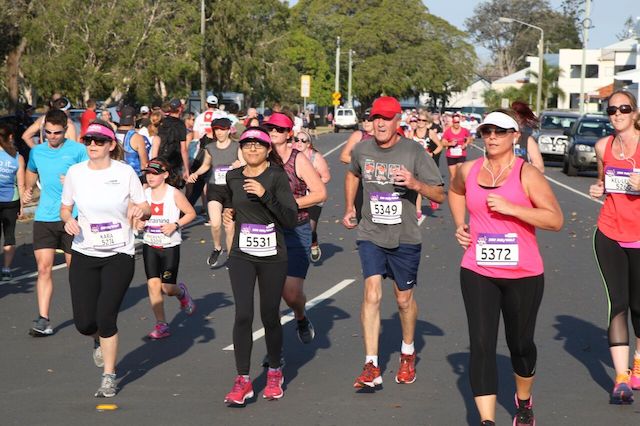 Running a half marathon may feel like the impossible… and this is exactly how Brisbane’s Amanda Cutlack felt years ago. That’s until she used Twilight—a flat and fast course—as a stepping stone in her journey to tackling her world of running. Since then, she’s gone from not being able to make 5km, to now running marathons.

“I thought my ability to run non stop would happen at parkrun…but actually, it happened many, many months later when I ran Twilight. This was a turning point because it was my first 10km run. On Twilight race day I had run about 6kms and I thought to myself, I can’t remember the last 3kms. Where did that go? And then I just kept on going.

At the end of the race, when someone asked me, “How’d the run go?”,  I realised I had just run and had fun—I forgot I was running. And that’s when I really thought, hang on a minute, I can really classify myself as a runner, because I’m running and not knowing it and I’m enjoying it. That was my turning point. That’s when I knew I could go that little bit further. I had just needed the help and the guidance to be able to do it.

For me, it was the laughter, the cheering, and the atmosphere that was completely unique and inspiring to Twilight. Being there makes you run faster than you ever have before,” said Amanda.

The Twilight Bay Half Marathon is the last major half marathon in Queensland—and it’s the one you don’t want to miss.

We’re pumped to announce an ALL NEW flat course for our 10km and half marathon runners. The new two-loop 10km course follows flat and fast closed roads along the esplanade, with no more nasty hills to be seen.

PLUS, running in the evening is your best chance to run a personal best time!

If you’ve never tried it before, now is the perfect opportunity to take your running to the next level. To get you there, we’ve created a training program to make sure you’re ready for the night. Read more: https://twilightbayrun.com.au/training-programs/ Want to read more injury and running articles?  We have a library full of them

For all the latest tips and strategies to keep you running!